It’s been a long time since I visited the on-line abortion arguments, but recently I came across several postings that really touched the issue of abortion and faith. Although they have slightly different titles, it still comes down to:

Can you be a Christian and be Pro-choice? 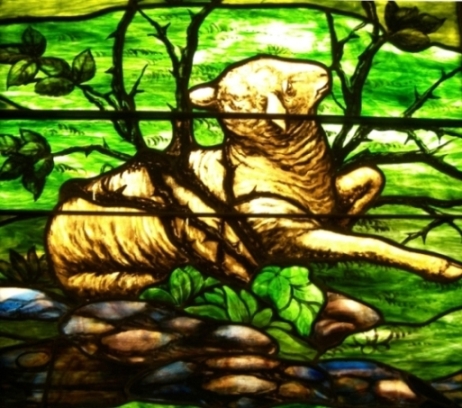 The link above is anonymous post – put up by the owner of the site. (Why do pro-choice people rarely if ever use their names when making profound statements they agree with – is it fear, shame or both?) Granted the article is titled about Democrats, but the Democratic National Convention this year was so overwhelmingly pro-choice, at this point I consider the terms synonymous.

The author hints in her article it comes down to bodily autonomy. Below is my response I gave in the comments, based in part on God’s Word, but also incorporating BioSLED – a series I did on refuting pro-choice arguments. Also, I edited and expanded my response below to provide a more complete discussion, given it’s no longer a comment, but a post here on my blog.

So “Can you be a Christian and be pro-choice?”

The definitive answer – no.

It is impossible for someone to be pro-abortion-choice and an observant follower of Christ. Now I’m not claiming it doesn’t happen, or the one making that claim is lost, unsaved etc. I’m claiming that being an observant follower of Christ is mutually exclusive from demanding bodily autonomy for one’s self or others. Abortion places the desires of the flesh over the love of God. 1 Cor 6:19-20 makes it abundantly clear that our bodies are not ours!

“Do you not know that your bodies are temples of the Holy Spirit, who is in you, whom you have received from God? You are not your own; you were bought at a price. Therefore honor God with your bodies.”

So let’s discuss human bodies, central to pregnancy and abortion.

As Jesus Christ observed the greatest commandment is to love God and to love your neighbor as yourself. This requires us to know who is our neighbor and to love them. Who, then, are the smallest and weakest human beings among us? Does their development make them human at some point or are they of a human nature already?

Should human beings at different stages of development not be acknowledged as humans? Is the word “baby” a transformative declaration reserved for bestowing humanity? Should dependency upon others be a basis for declaring someone as inhuman?

Here’s another question – as a Christian are you looking forward to eternal life with Christ? If so, when did that start, or are you still waiting? Didn’t Jesus tell Nicodemus you must be born again? Do you think he’s talking about a journey down a birth canal or is this what Peter refers to as being born of imperishable “seed”? It’s a matter of spiritual conception. Physical conception is the beginning of an intrinsic human existence, one which abortion violently ends.

It’s absurd to disregard development time within the womb as inhuman when there is literally nothing more sacred that makes us human – so much so that the Lord himself chose to enter human nature this way. You came into being at conception, and abortion is the destruction of that flesh, which means the destruction of a living human being.

Are you perfect? Perhaps in Christ, but is he willing to kill you because you haven’t been fully sanctified? So does development make us more or less human? What about dependency?

As a believer in Christ, you rely on the grace and mercy of God Almighty through the atoning work of Jesus on the cross to not only cover over your sins, but to make you a member of His family. In other words, you’re completely dependent upon Him. If grace is unmerited favor, and mercy is not getting what we rightfully deserve, should grace and mercy be extended to every human no matter their actions, or should we judge and punish? That too would be a “choice” – wouldn’t it?

You wouldn’t want to be on the end of another’s choice to violently shred you. In fact, if you felt threatened you’d look to authority for safety & security. Does this sound familiar? Remember – you live at the mercy and grace of others all around you, at every minute.

Every principle of Christianity is in firm and complete opposition to abortion and it makes others wonder if a semantic game with the word “Christian” is being played just like claiming the word “choice” does not refer to extreme violence done to an innocent human being.

Put another way, claiming you’re both a Christian and a Democrat is an absurdity between following Christ and following our own desires regarding abortion and bodily autonomy.

In Matthew 16, after Peter declared Jesus was the Messiah, the Son of God, Jesus told his disciples he must go up to Jerusalem to die. Peter physically blocked Jesus’ path, and said “No Lord!”

“No Lord!” The shortest oxymoronic statement made in the entire Holy Bible.

If you’re unfamiliar with Jesus’ response I suggest you look it up – then apply it.