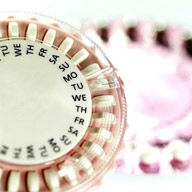 I was browsing through twitter follow lists the other morning and found someone joking about birth control pills being cheaper than children. Of course most people laugh when they hear such things, because parents know the expense of raising children. We often comment on the amount of time, treasure and talent it takes to raise them properly.

The problem with joking about the cost of birth control in any form is that it easily leads to saying abortion is cheaper than children.  We put a value upon a life – something we find repugnant when done by slavers or pimps.  The Pill is simply not the only thing called “Birth Control”. Planned Parenthood and many others explicitly call abortion “birth control”. Statistically almost 50% of abortions performed today are used in place of other contraceptive methods, because women are coming back for second or third abortions in the USA, while other countries, it’s even greater.

I’m pretty sure that the twitter commenter wasn’t thinking about abortion, but it’s the overwhelming sense that children aren’t welcomed as a natural and desirable part of sexual intercourse that pervades our society today.

As the kids get older – they understand that.