Our family recently attended a Sunday service at a vibrant young new church. We were surprised to find the church filled to capacity with many diverse college-aged men and women. The ratio of younger to older believers was inversely proportional to that commonly seen at many older churches.

Everything was fine until the young pastor began preaching from Hebrews 6, saying it was possible for God to use Scripture to harden your heart if you were disobedient, which could lead to losing your salvation – your eternal life with God.

I sat there shaking my head. It sounded very, very familiar. In fact, every single passage of Scripture he covered I had just thoroughly studied because a young new believer thought he had lost not only his hope in Christ, but his very soul. This young man knew he was continuing to sin (as we all do), and considered that as being disobedient to Christ. This line of thought spiraled him into severe depression. As it deepened, he interpreted the emotional flatness of depression as the departure of the Holy Spirit. 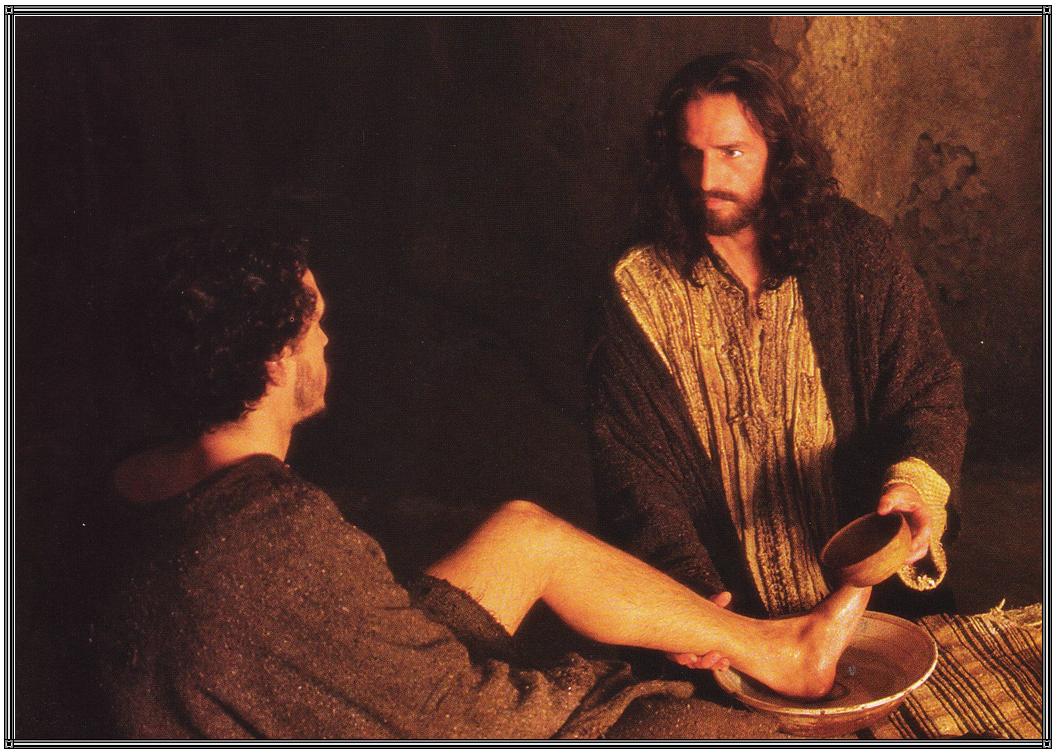 If you’ve never encountered this problem before, it’s very hard to discern between spiritual oppression and it’s consequences – spiritual depression. As I learned, the core of the problem for every new believer is an immature, often incomplete, identity in Christ. In a follow-up post I’ll discuss why we are commanded to “make disciples” and not merely preach the gospel, but first let’s address the primary issue:

Does the Word of God harden people’s hearts if they are disobedient after having accepted Christ as their Lord and Savior, leading to the loss of God’s promise of eternal life?

The answer is no – yet many refer to passages in Hebrews (specifically Heb 6:4-6 and Heb 10:26-31) among others in the Old and New Testaments to substantiate their claim it’s possible to lose your salvation. There is a school of theology called the Arminians who believe this notion. You can draw such a conclusion if you make several common scriptural interpretation mistakes:

If you’re thinking this is fertile ground for spiritual deception, you’re right. No doubt God uses such passages as testing grounds for teaching his children to differentiate between right and wrong.

The young pastor claimed this issue has been debated for centuries by scholarly men. Merely voicing that caveat indicated a lack of discernment of potential spiritual foul play when it came to preaching this issue. To me, that indicated a spiritual immaturity. Even the Aminians, who consider lost salvation possible, advocated deeper inquiry – for them the matter was unsettled.

What could go wrong?

There are very real and present dangers delivering such a message – if you’re in a fragile state of mind where you believe your identity in Christ has been forsaken, then having a pastor tell you it’s because God is hardening your heart due to either real (or imagined) disobedience can send you into a tailspin of severe depression, which can lead directly to uncontrolled psychosis with potential for homicide, suicide or both. In other words, it can trigger a very deadly feedback loop.

Preaching any gospel without full assurance of salvation despite disobedience takes the burden from Christ and puts it back on the adherent. It would require the adherent to know the full extent of right vs wrong, and make it practically impossible to maintain obedience. Such a gospel would be “void for vagueness”, a legal term which describes uncertainty when it comes to upholding a particular law or set of laws. One could never be certain of their salvation at all. Another way of putting it – which sin did Christ’s atoning death not cover? Would that be the unforgivable sin? As I found out with the troubled young man – he thought he was blaspheming the Holy Spirit!

Further, a non-assuring gospel focuses on punishment and not on grace. Adherence becomes an act of works, not the grace of salvation through Christ, received through faith. Ultimately such a promise is really no gospel at all. The Israelites had 613 commandments and the only one who could claim perfect obedience was Christ. Perfection is simply unattainable without God’s grace (which is His bestowing unmerited favor upon us), otherwise there would be no need for Christ’s work…I’m beginning to repeat scripture here.

If you think it’s possible to have eternal salvation but also lose it, then you are exactly in that doubled minded state found in James 1:7-8, which this young pastor referenced, without thinking it applied to himself!

He forgot to ask for wisdom, failed to discern the dangers of not believing in full assurance, then preached on the subject.

It all made perfect sense why we were there that Sunday. You could say his heart was in need of some softening compassion through truth and grace spoken with love. This softening was to be done using Scripture with a very personal testimony as to the dangers. I don’t say that with pride in my own sense of righteousness – I was only there to be a messenger for the Lord.

So what does Hebrews 6 actually say?

4 It is impossible for those who have once been enlightened, who have tasted the heavenly gift, who have shared in the Holy Spirit, 5 who have tasted the goodness of the word of God and the powers of the coming age 6 and who have fallen away, to be brought back to repentance. To their loss they are crucifying the Son of God all over again and subjecting him to public disgrace. 7 Land that drinks in the rain often falling on it and that produces a crop useful to those for whom it is farmed receives the blessing of God. 8 But land that produces thorns and thistles is worthless and is in danger of being cursed. In the end it will be burned. [Heb 6:4-8 NIV]

The spiritually immature tend to fixate on v4-6 considering those who have fallen away and can’t be brought back to repentance. Lacking a solid understanding of salvation, they swap the word repentance with salvation, then completely overlook very key portions of the passage.

In Greek, what does it mean to “fall-away”?

fall-away – parapipto (para: from close-beside + pipto: fall, collapse) fall from a position close/next to. Heb 6:4 is the only use of this word in the whole Bible, so that’s a little problematic. Notice, it’s unclear who the subject was close/next to. We will have to look for clues elsewhere about who.

What about “brought back to repentence”?

repentance – metanoian (meta: with,among, after + nous: mind, thinking, understanding) change of mind, after-thought; change your mind after thinking about it.

Just looking closely at Heb 6:4 implies a moving away from someone who is very close, which makes it impossible to complete a renewal process of changing one’s mind.

I think it’s fair to conclude this verse is not about loss of salvation (being with the Lord), but most likely incompletion of sanctification. If you move away from the Holy Spirit, and pile up sin, He can’t complete sanctification – pointing out your disobedience and calling for repentance. In the eyes of the world, a disobedient believer appears to say it’s okay to crucify Christ, as opposed to humbly acknowledging his own sins lead to Christ hanging from the cross. This passage is about humility and submitting to the work of the Holy Spirit and not salvation. It’s similar to the message of Romans 12, specifically Romans 12:2.

That aspect of the fruit of the Spirit becomes clear in v7-8. God pours out rain on both good and evil, but only the good land (adamah in Hebrew) produces beneficial fruit. Disobedient believers become worthless in accomplishing God’s ongoing purposes here on earth, including transforming the culture around them. Another way of putting it – what exactly are you sowing if you’re disobedient?

So what about the danger of “being burned”? Look closely again at the passage. It’s not the land that is burned/consumed by fire – it’s the worthless produce on the land that is destroyed. The “works” (bad fruit) of the disobedient believer are unacceptable. Go read 1 Cor 3:9-15. For those unfamiliar with that passage, it’s a direct reference to Lot, and a familiar theme for the prophets of Israel.

Everyone, over a period of time, produces some sort of impact – “works”. Some impacts are much more fruitful/beneficial than others. And as James 2:20 makes clear “faith without works is dead”.

Hebrews 6 in the real world

Have you ever experienced an unrepentant disobedient believer in your congregation? If you have, you know how destructive that is for everyone. It’s near impossible to get them to repent and rejoin the congregation, and it’s more severe if it’s a ministry leader. Obedience and submission are critical to the lives of all believers, for very practical and visible reasons. This is the real key to the passage, but you have to understand it within the full context.

The writer of Hebrews was writing to a particular group of people, Messianic Jewish believers as well as non-believing Jews, who knew of God, and also knew of the sacrifices and offerings made through the Mosaic covenant. The target audience was not modern abstract-thinking Gentiles, with little experience with the books of Moses or the Prophets. Obedience, to the target audience, involved following the “Law” – meaning the written Torah. But all that changed with the crucifixion and resurrection of Jesus.

Did you notice the phrase in Heb 6:6 “crucifying…all over again” – there’s only two ways this can apply – either literally those being addressed participated in the call for the crucifixion of Christ, or there’s the understanding that the sins of everyone metaphorically crucify Christ. Christ dying for our sins as a better sacrifice weaves throughout the entire book of Hebrews, and His devotion to us in such a sacrifice is a work only God could do. In essence, only the eternal living God, who could never die, would have to incarnate – become flesh, in order to be a substitute, die a human death, so through faith every human could claim His death and resurrected life as our own. God alone is perfect. God with us (Immanuel – that is God AND us) was not perfect, due to our imperfections, until his ultimate sacrifice. This atoning (be at-one ) work required obedience to the Father.

The author of Hebrews 5:7-10 talks about Jesus going through the process of submitting himself in obedience in order to be made perfect as the source of eternal salvation. Then as such, being designated the high priest in the order of Melchizedek. Consider this a bookend, with the other found at Hebrews 6:20.

Everything in between those two points describes the relationship you have with God through the high priest and in fact, taken as a whole provides a completely opposite conclusion to the loss of salvation idea some derive from Hebrews 6:4-8.

Continue reading Hebrews 6 and you’ll find that fixating on verses 4-8 is to miss the wonderful promise of assurance God has made through Jesus Christ as the high priest who is always available to make atonement for you – granting you eternal salvation.

It’s not about you or the sacifices you make, your insufficiencies, but the righteousness that comes by faith in Christ Jesus.

Of course – that leads to another question – what is “saving faith”? That will have to be another post.